For the four years before I came to NYC I worked for the London iteration of The Limelight Club.
My partner Tommy D & I were resident Saturday DJ’s playing a mix of House & Hip Hop hot tunes of the day.
For the last two years, the club offered me my own night, and I came up with the idea of a night called The Bike Shed. For Americans who might not know, as school boys, a bike shed was where we went to smoke fags (cigarettes) & snog (make out) with girls. The concept was to play five generations of Rock N’ Roll within the same night all mixed up together! Everything from Bo Diddley & Gene Vincent to Sisters Of Mercy & Zeig Zeig Sputnik. The tag line was, The Only No Disco, Disco. My DJ partners in crime were Mike Wells & Tommy Danvers & did we have fun!
I made the work of doing a weekly event extra hard on myself by not only having to book the bands, handing out the flyers outside Kensington Market every Sat but also each week’s flyer had to have 5-10 rock history facts listed listed on them!
After The Bike Shed had been successfully running on Today's nights for a few months, the club told me Marlboro cigarettes wanted to sponsor it. I told them I would not take money from them. but they insisted it was happening, & told me to just use their money to book bigger bands, including Nick Cave & the Bad Seeds.
Below are a few of the more memorable nights & some of the trivia.. 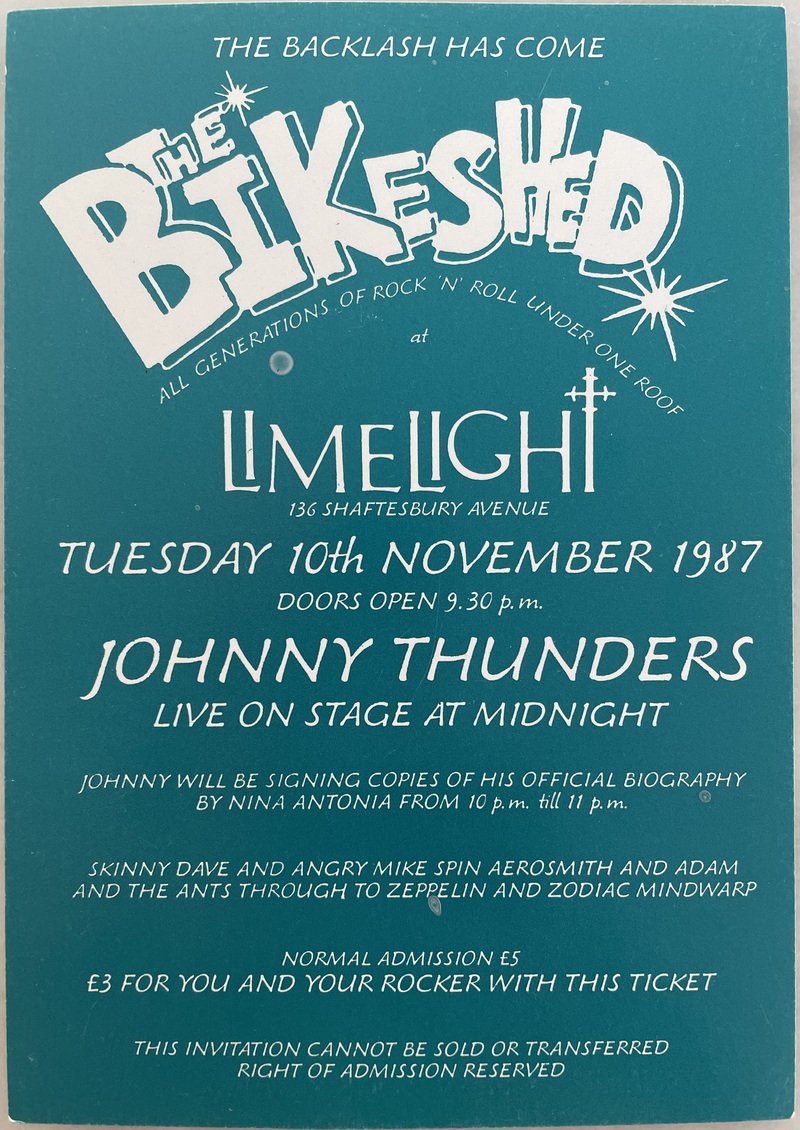 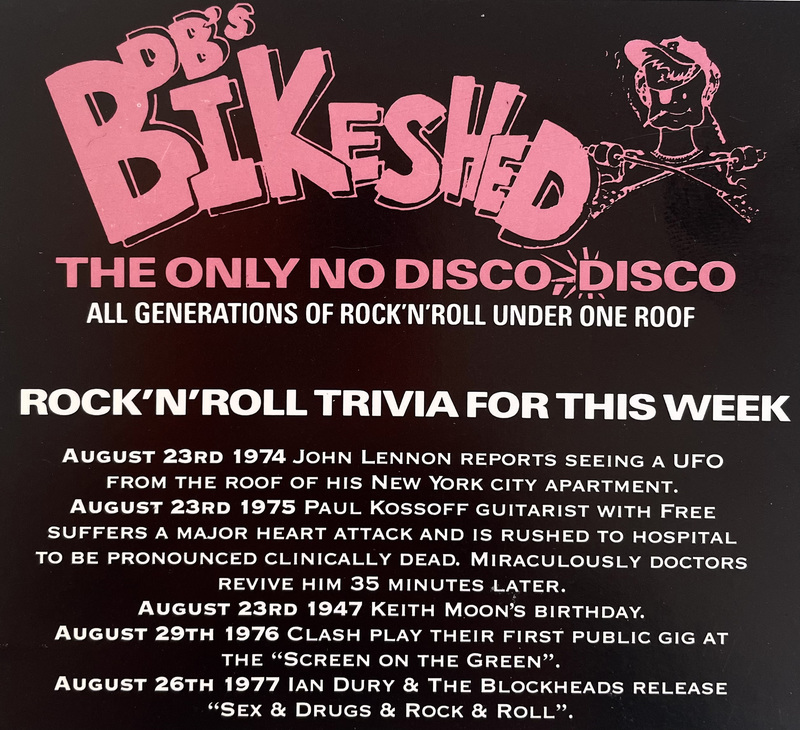 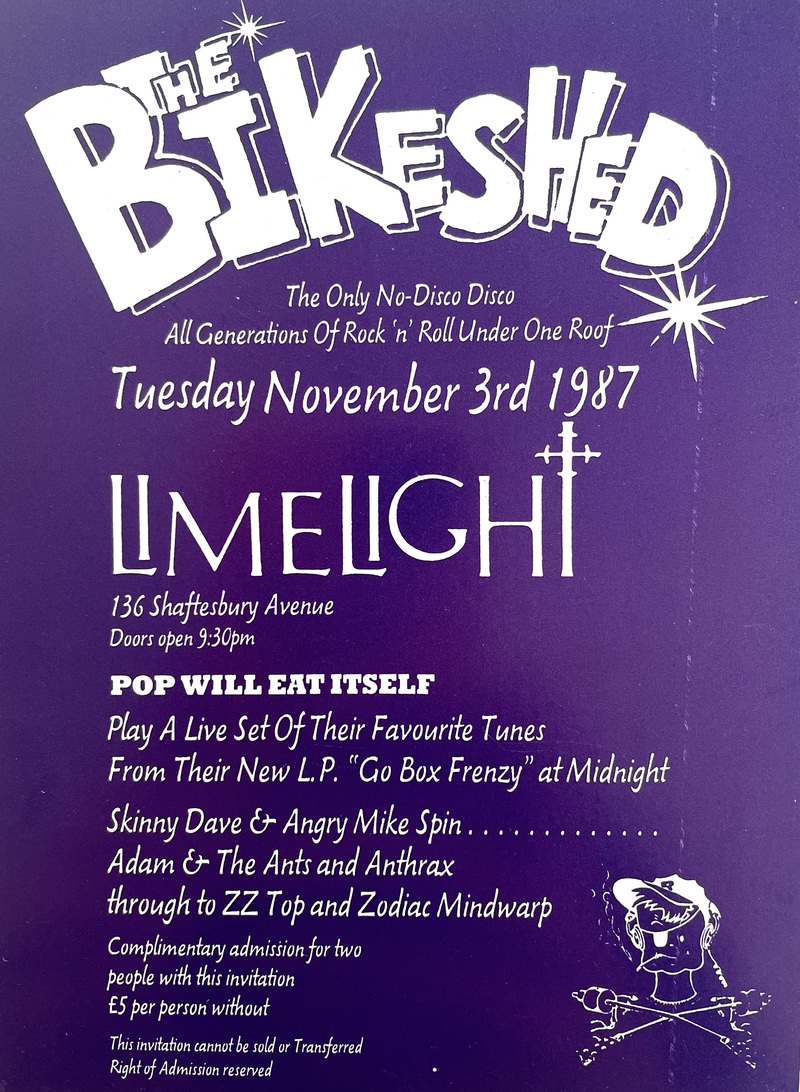 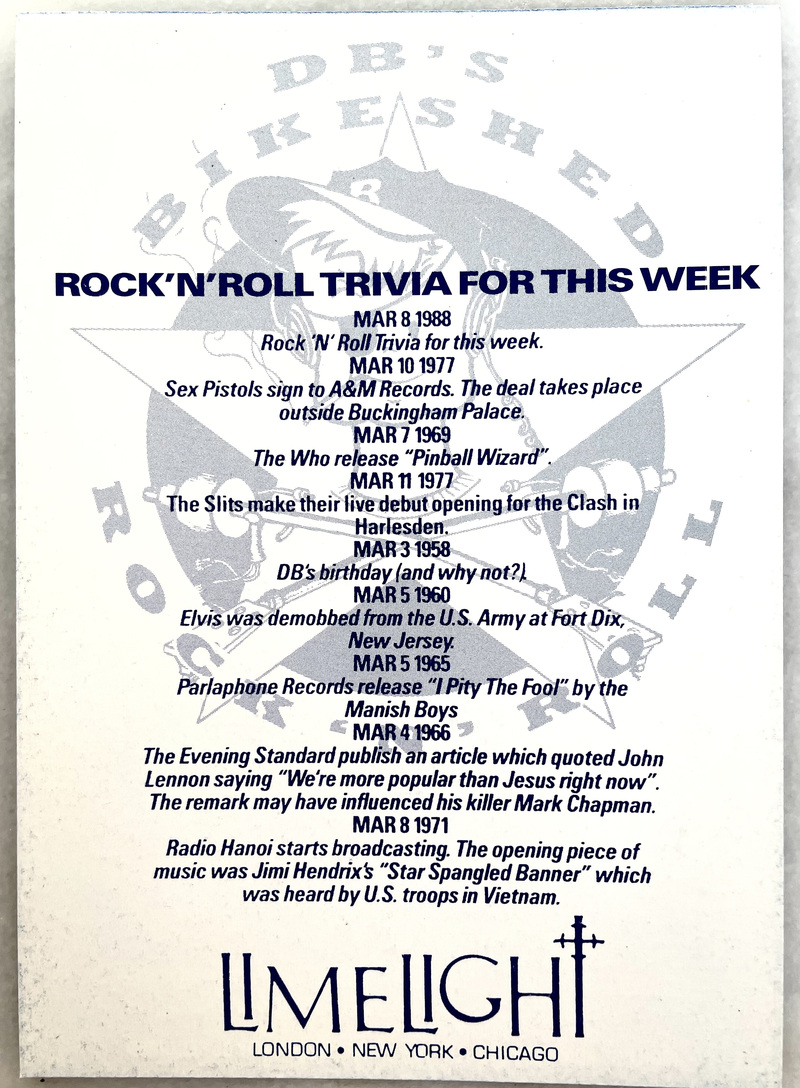 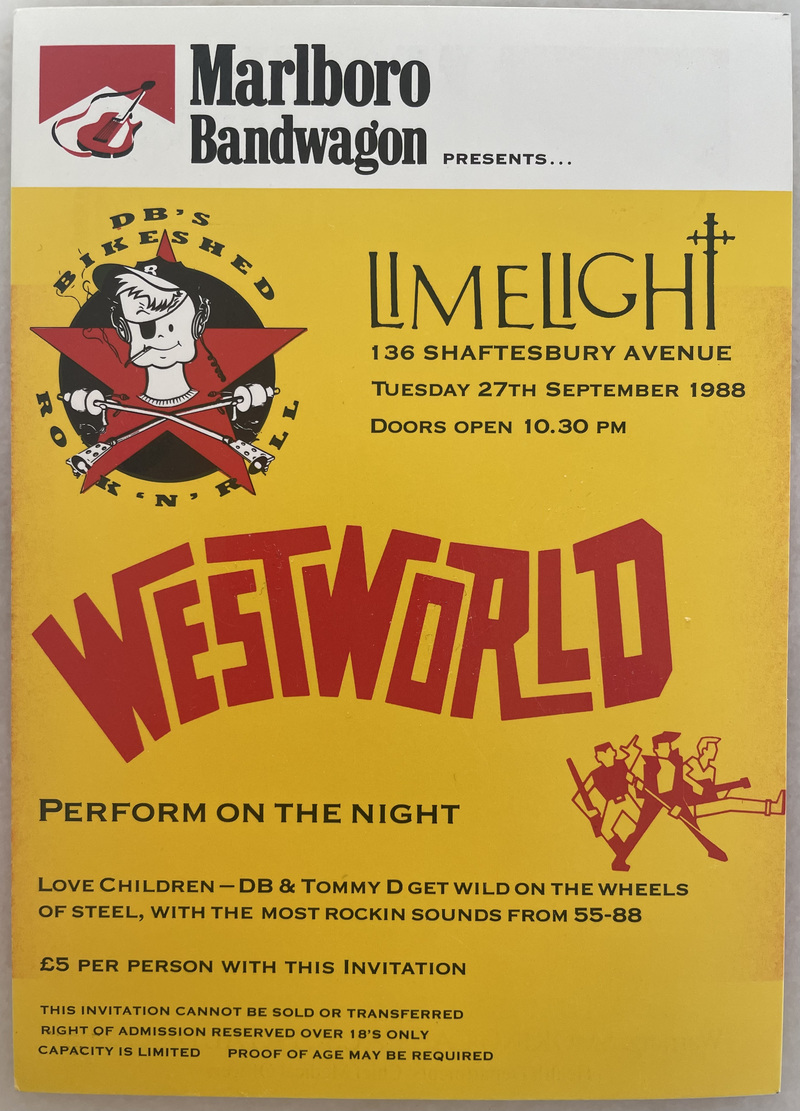 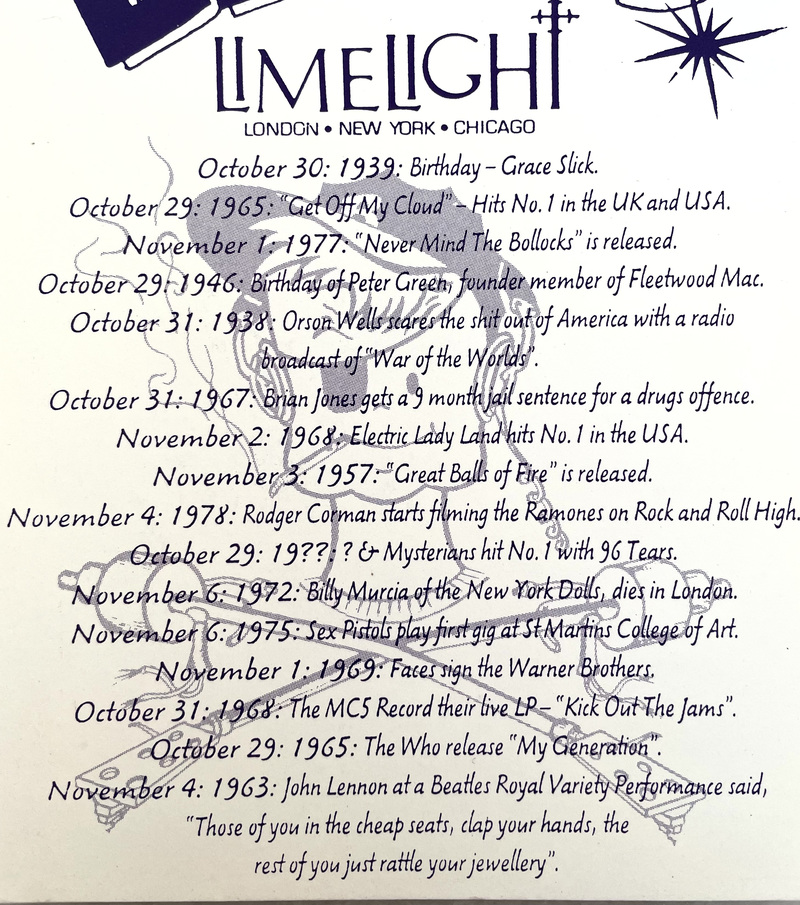 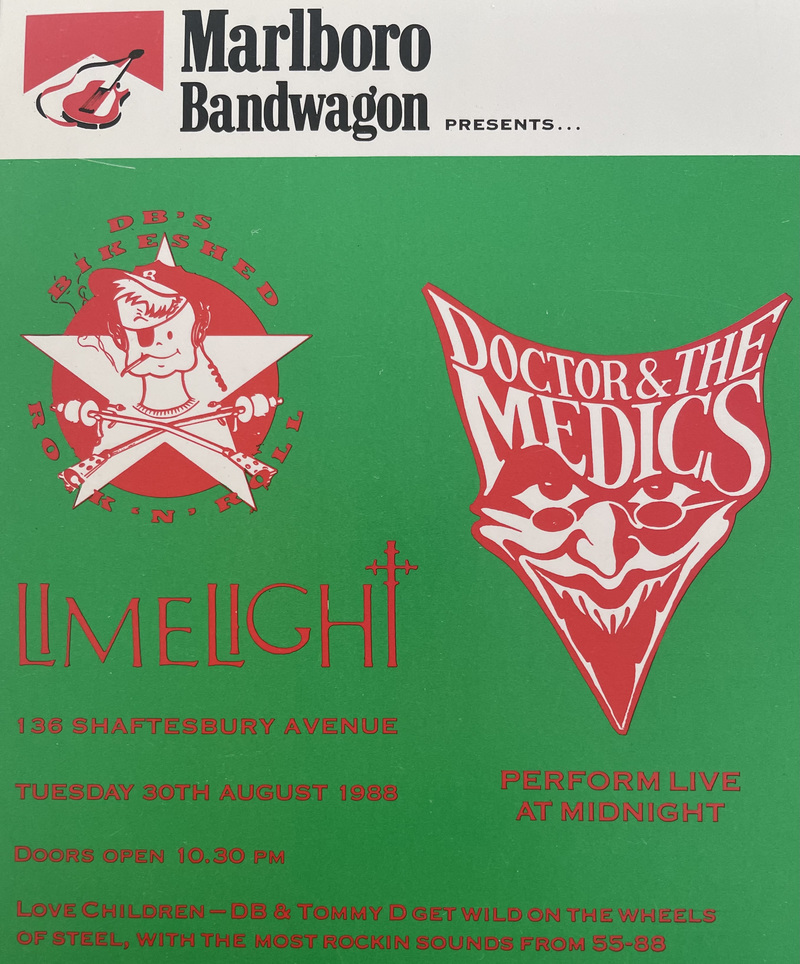 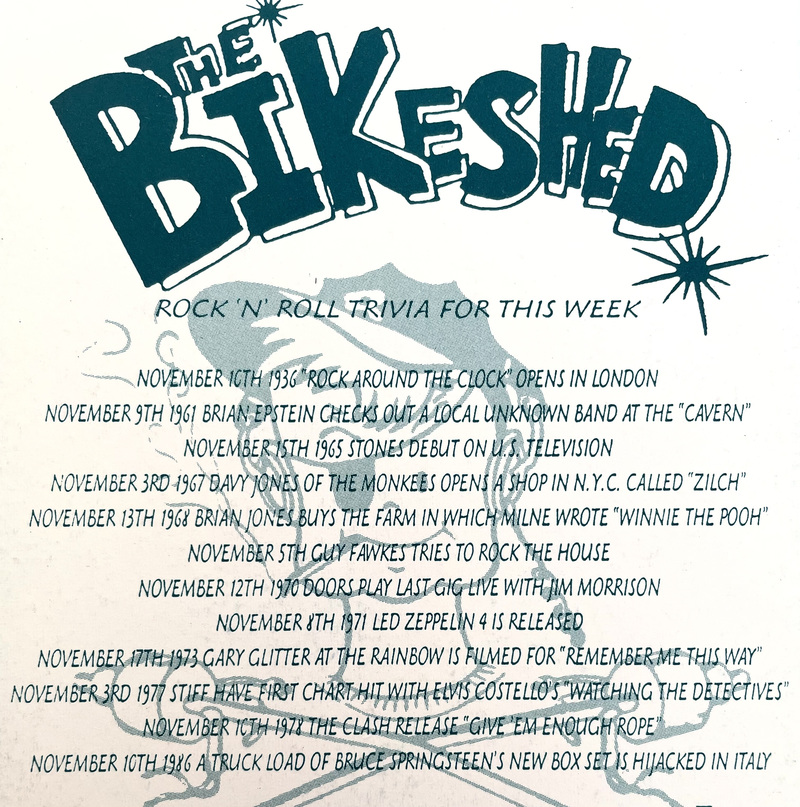 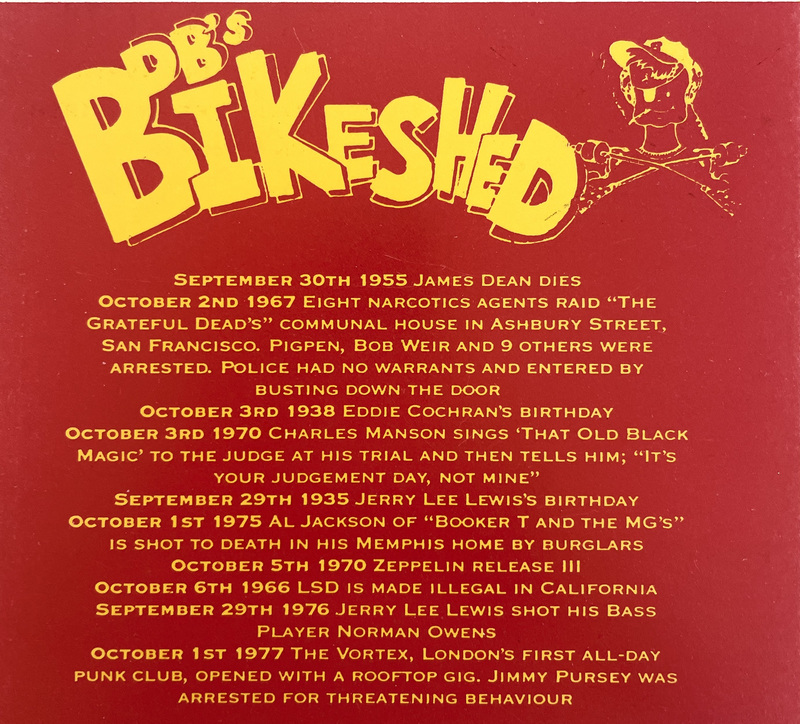 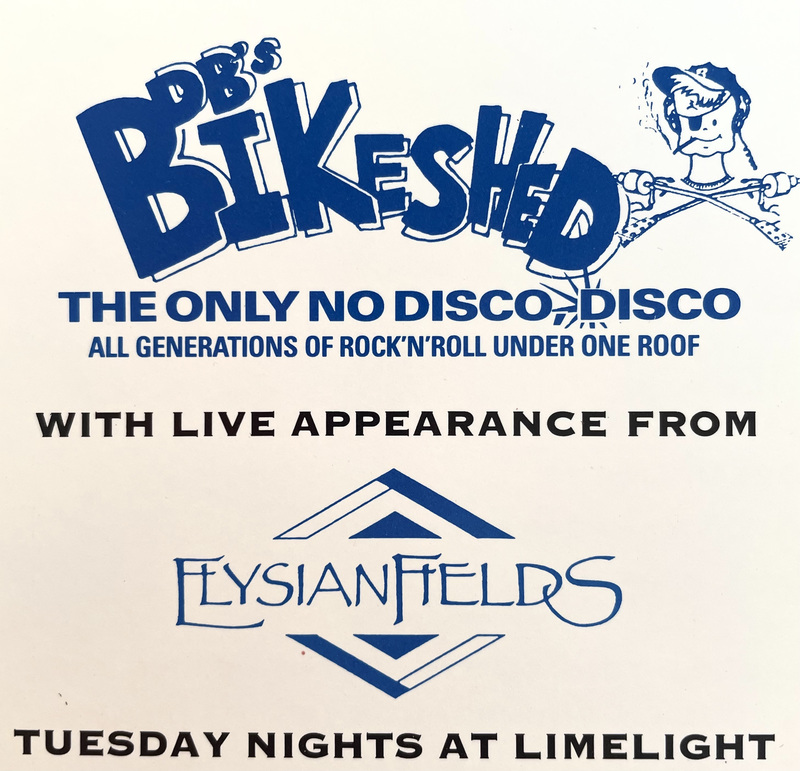 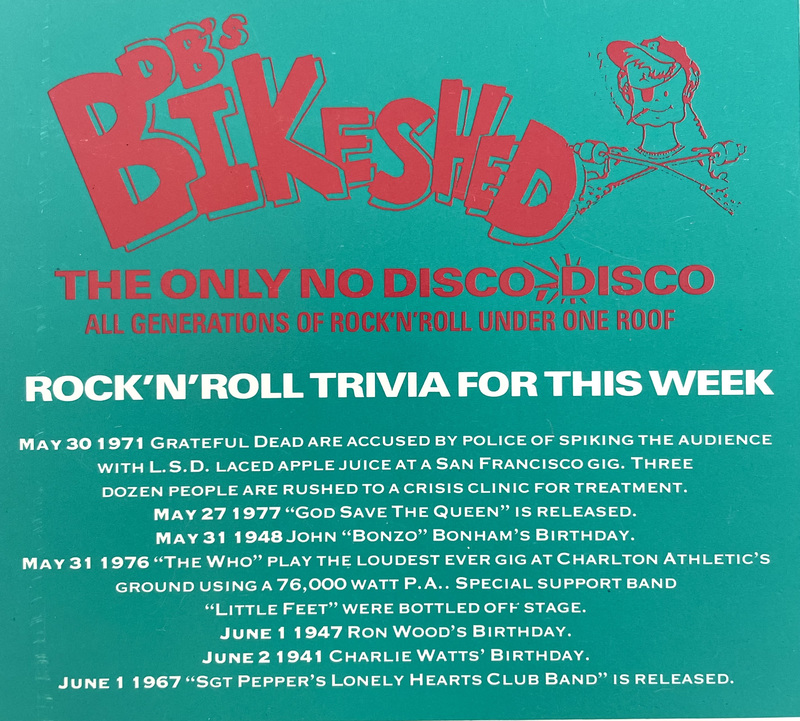 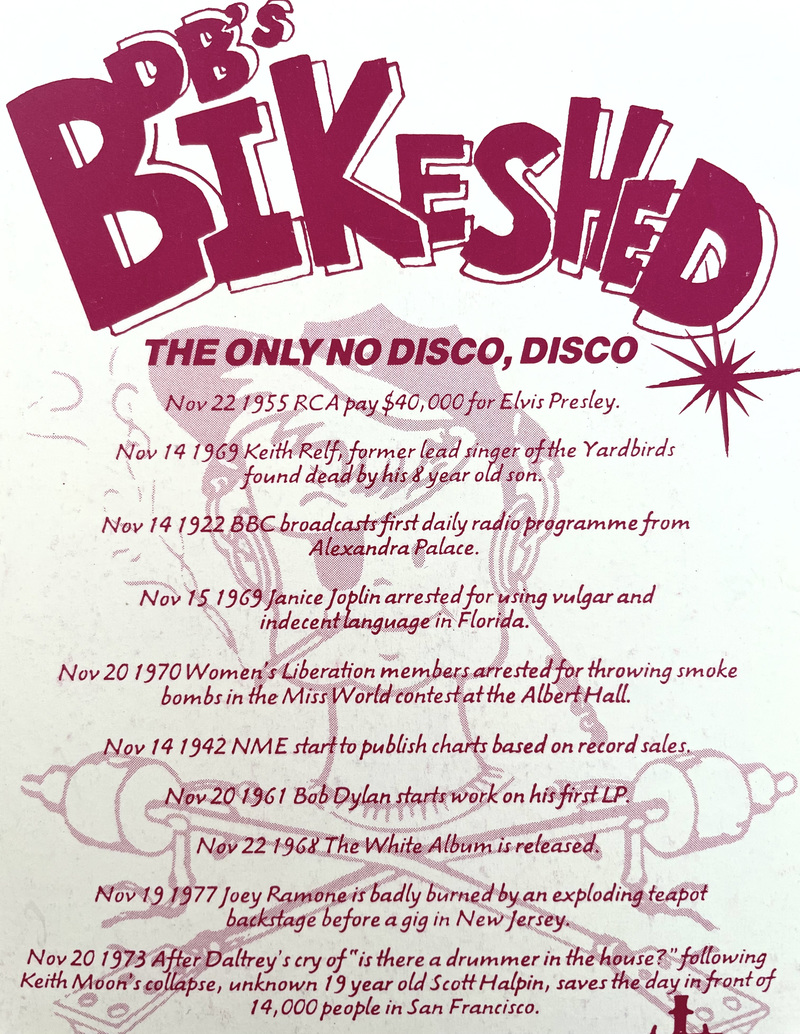 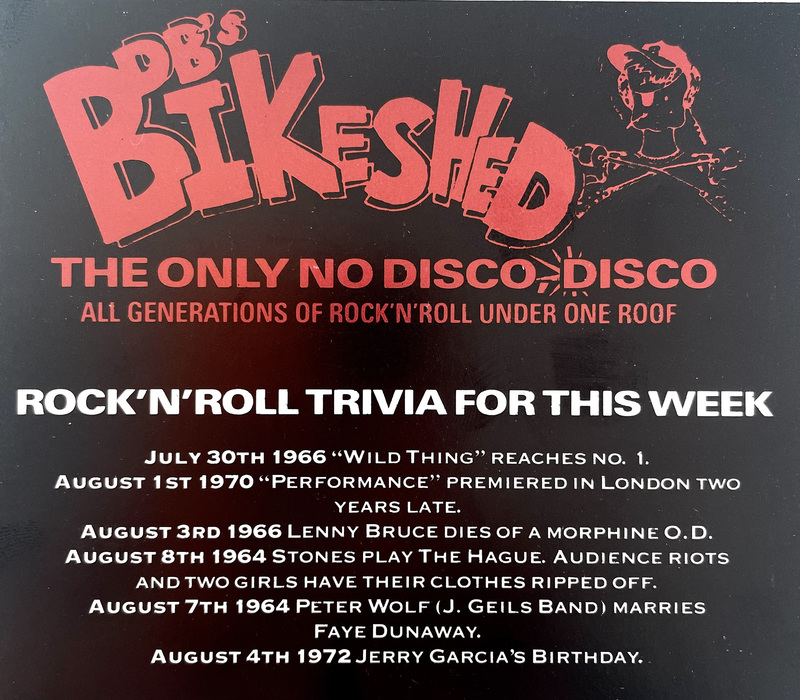 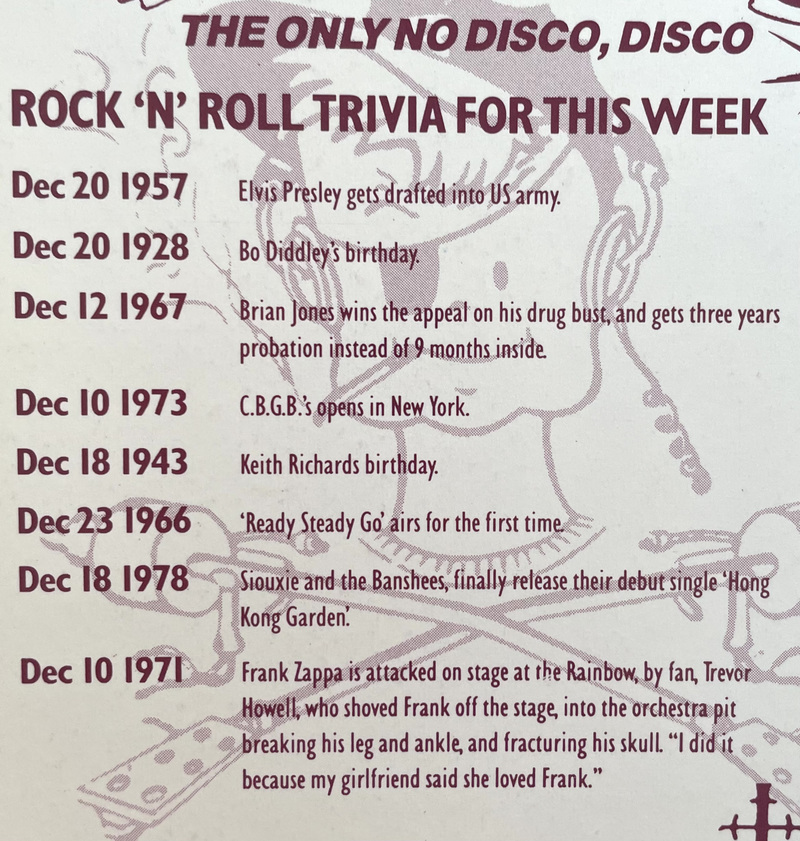 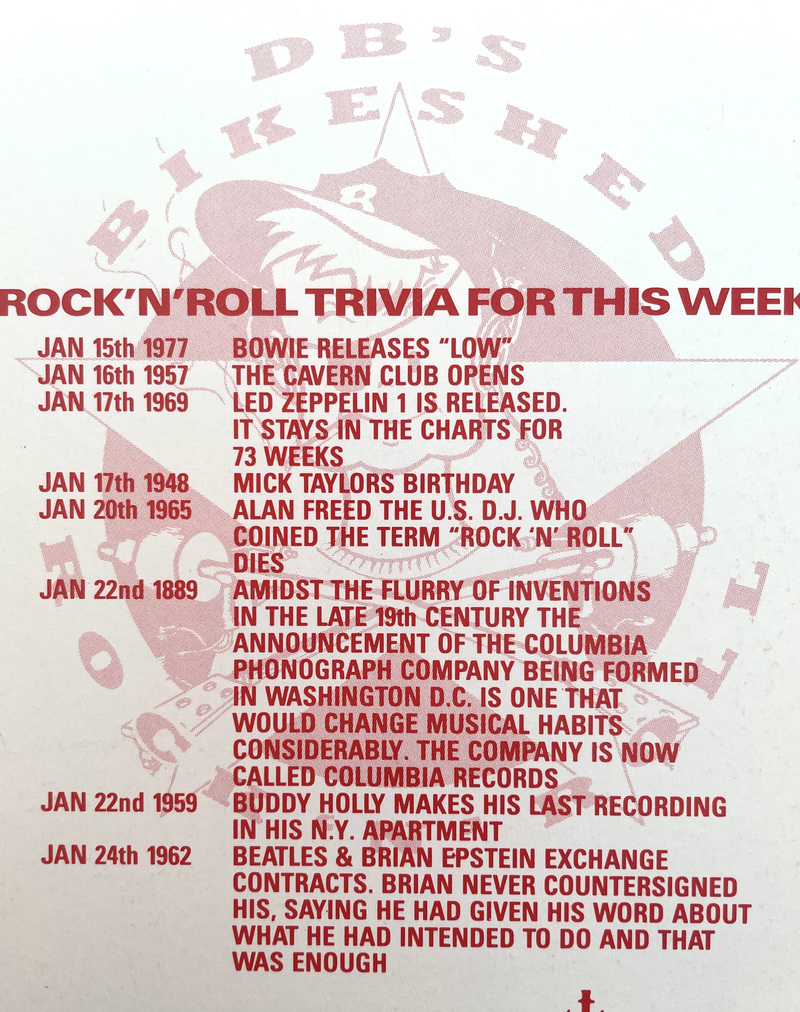 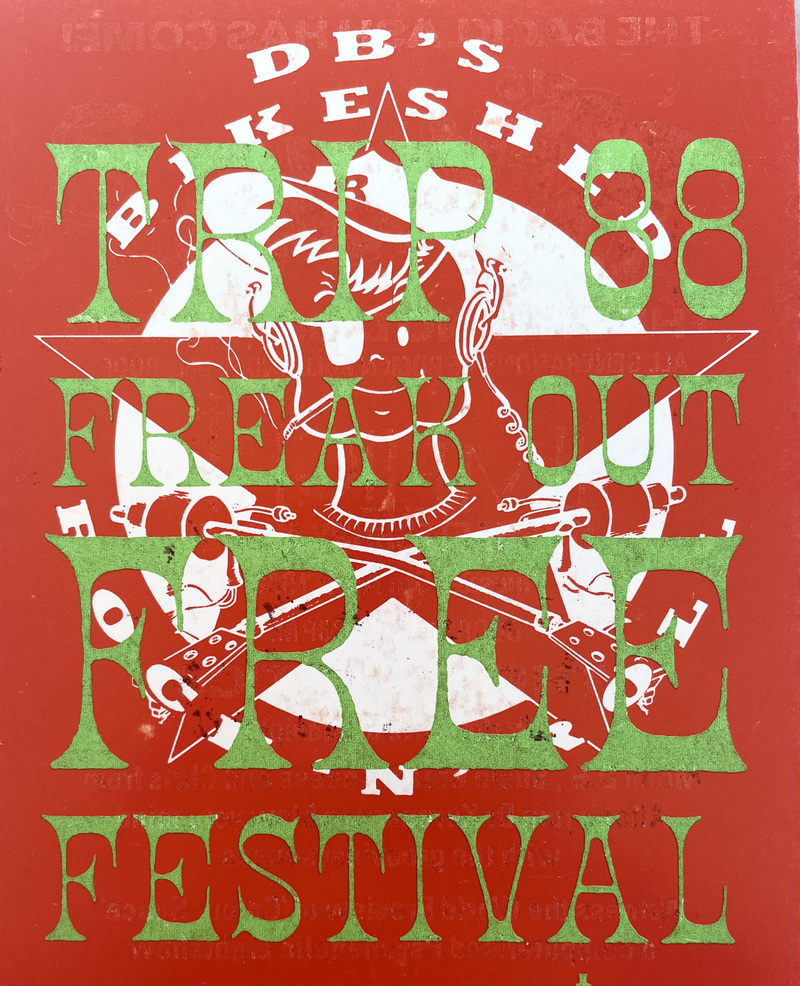