Knowing that both Swoon & Ai Weiwei have exhibits on at the museum, I decided to take a walk up there with a seven, a nine & a thirteen year old yesterday.
Walking around with them having a good time was strange mix images & emotions.
The young girls loved the Weiwei giant metal boxes that one had to clime up steps to see down into. Explaining to them that the scenes in the boxes were from when the artist had been arrested and held prisoner for eighty one days, kind of put a damper on their enjoyment of the running from one box to the next.
I accidentally had my color filter on the iPhone boosted to maximum overdrive, giving the whole day over saturated hues.
Its difficult to see the desired effect of 2008’s Moon Chests, but they are still beautiful objects in their own right & fun to look through. 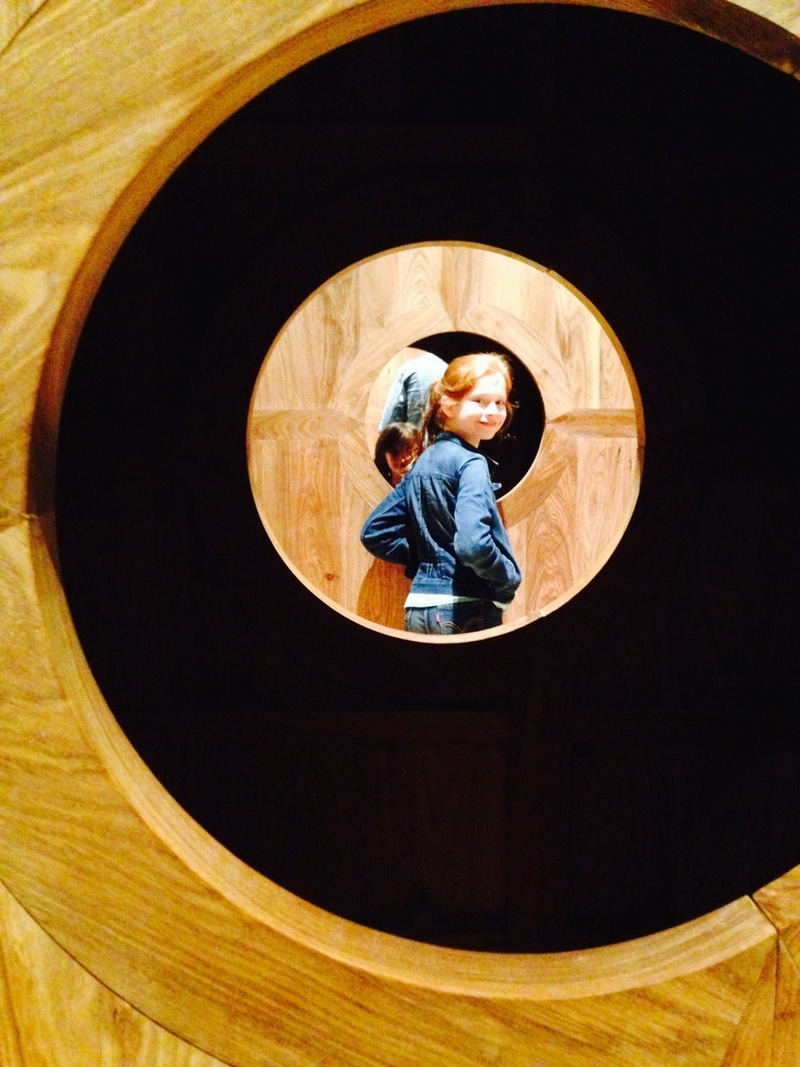 Nice to see just a small section of his Forever bicycle sculpture. 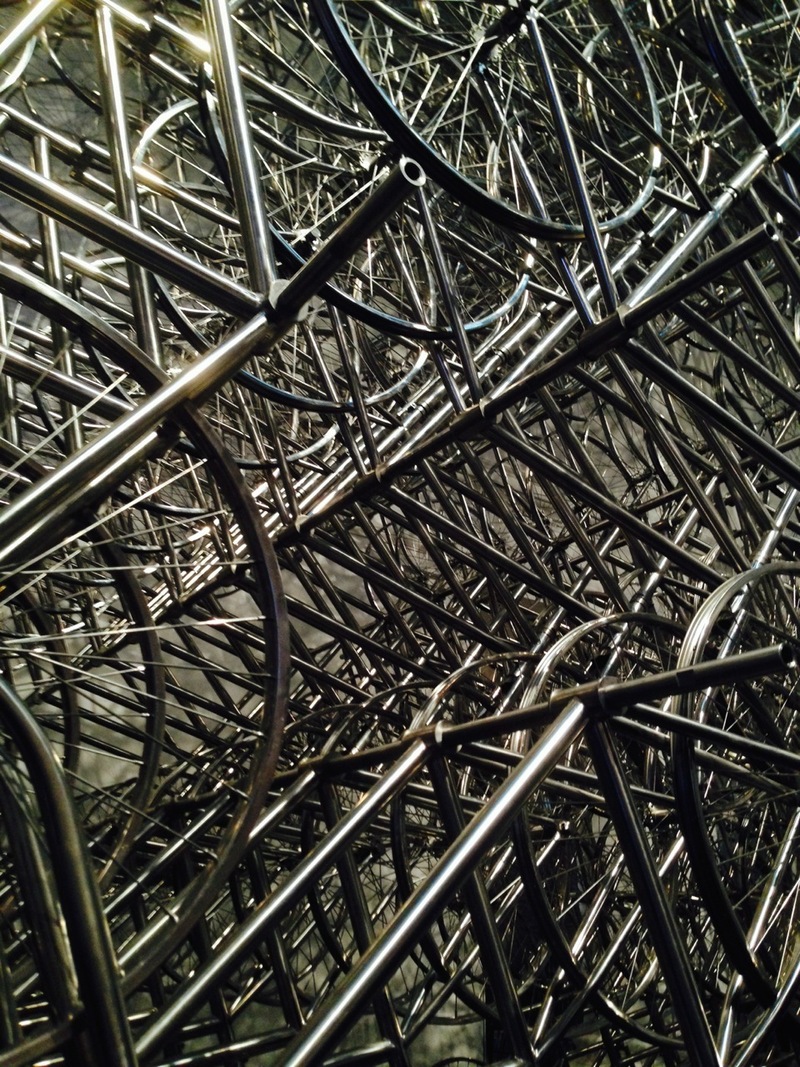 The artists most moving work for me is “Straight”, the one relating to the 2008 Sichuan earthquake. It was not that easy explaining to the girls that names walls were of more than 5,000 children killed in badly built schools that collapsed. Max was super intrigued/angered by how this could have happened, and how the Chinese authorities chose to deal with it.
The whole Weiwei exhibit also made me reflect, and explain to Max, that while I may complain about a lot of the west’s policies, standing there in the museum, I feel grateful for them. 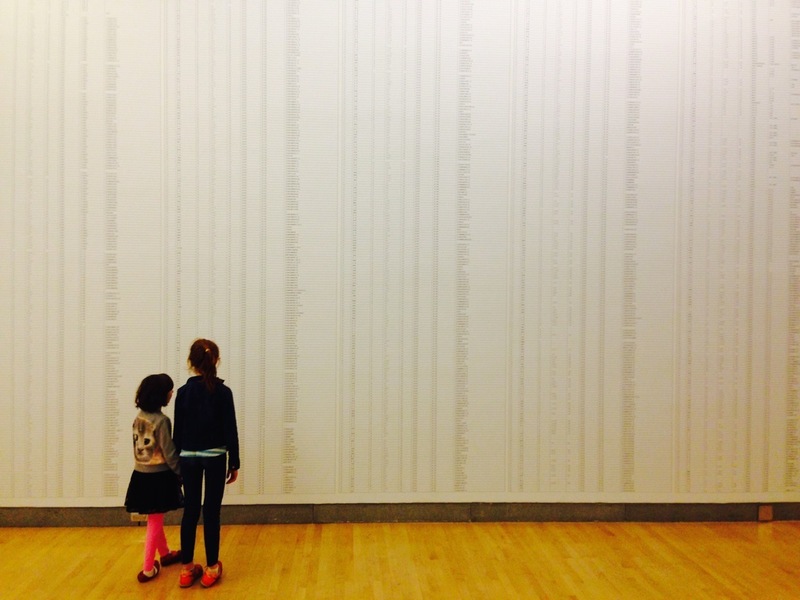 Eve & Edie decided to rest, then pose, as others starting taking photos of them, wondering were they part of the Weiwei exhibit. 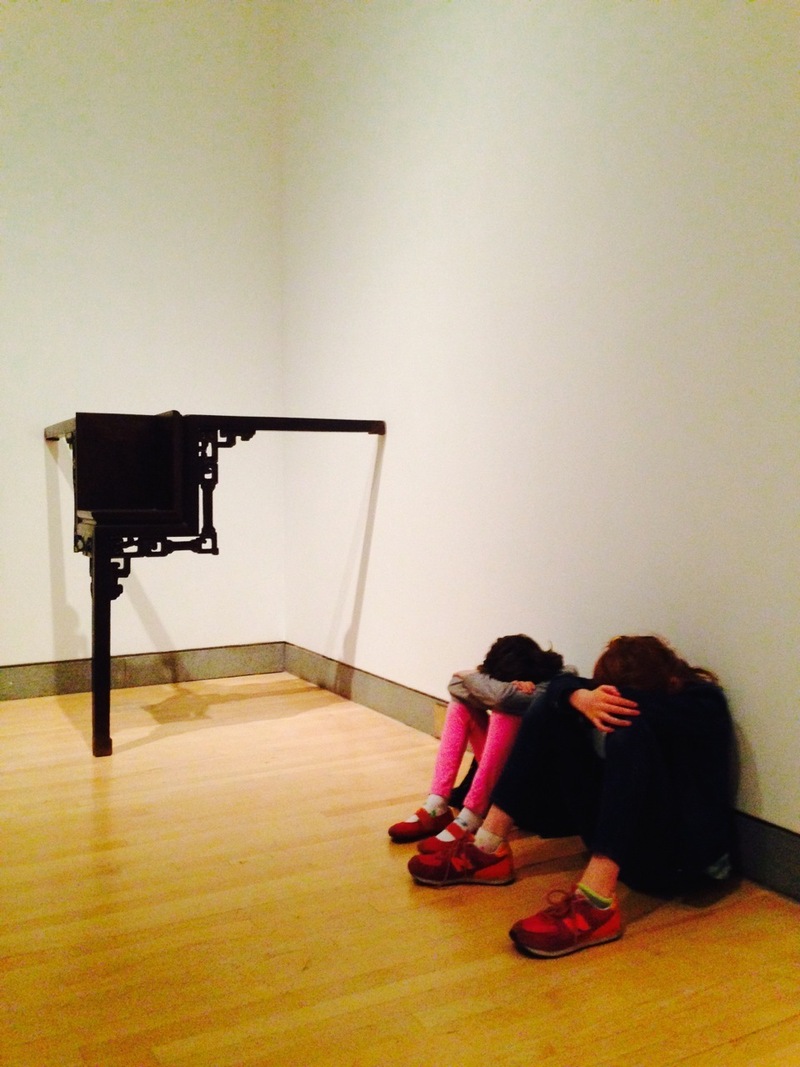 Even with Max in front to show scale, its hard to get a sense of the enormity of the dream like Swoon installation. 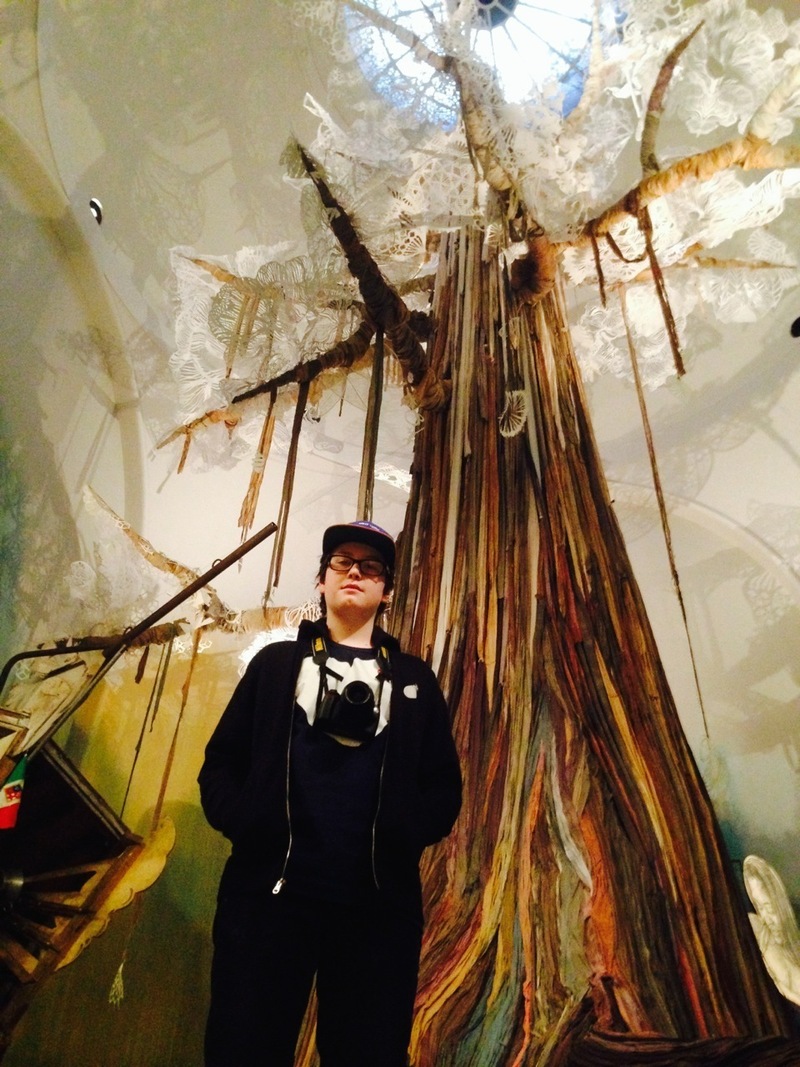 Swoon’s dripped wall’s were not really as yellow as this. 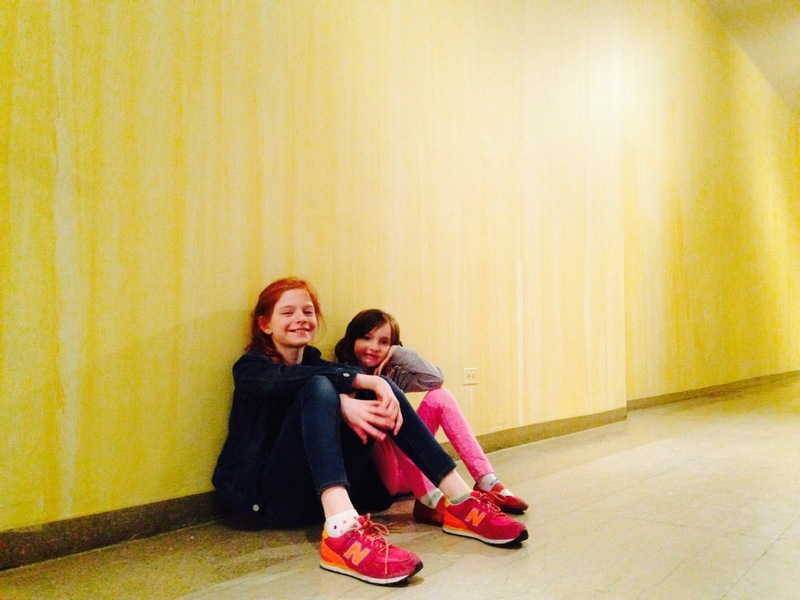 The stairwell was also a massive hit. 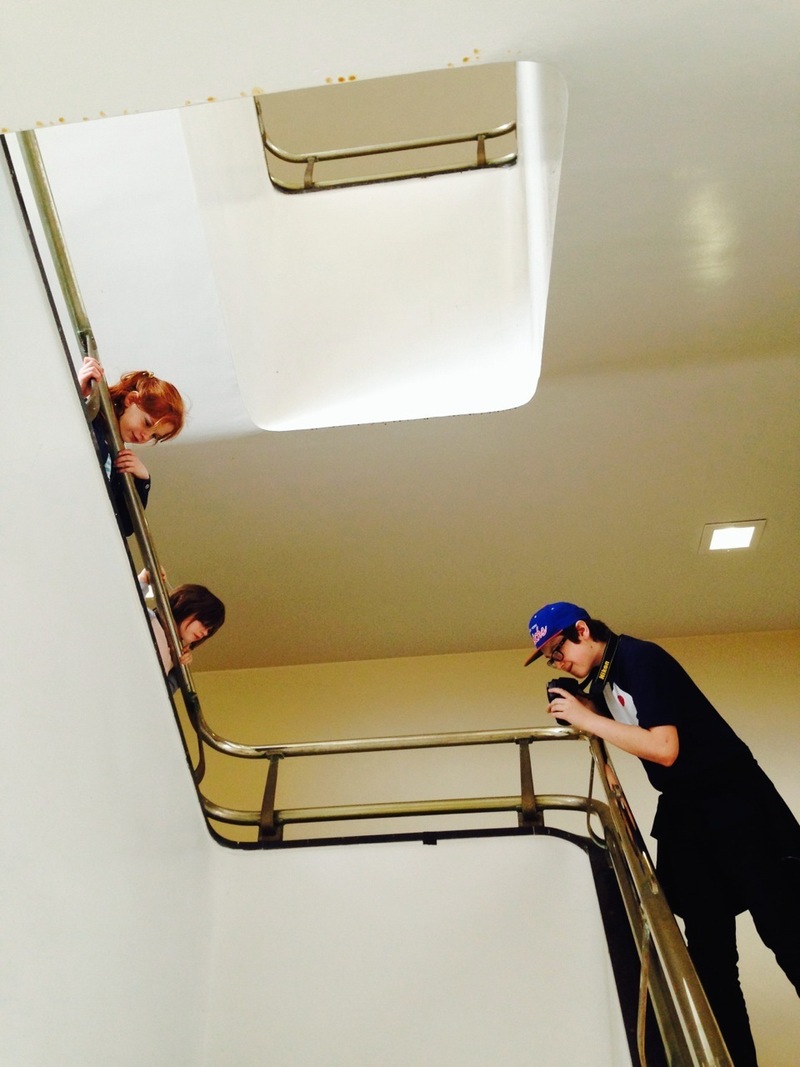