Ordering plexiglass to frame this seven foot strip of Andy Warhol / Velvet Underground banana stickers, as we (@stuckupofficial) gear up towards my long term goal of showing “100 Years of Pop & Counter-Culture - told through adhesive materials : STICKERS”, in museums around the world.
I wrote in the first Stickers book—that the Warhol banana for the VU was the first sticker in pop culture that I was really drawn to conceptually and aesthetically, also because I found its backstory fascinating: that a bigger, text-based sticker needed to be slapped on the back sleeve to save the band from being slapped with a nasty lawsuit. (see 2nd image)
What I didn’t know then was that the bananas came off these large sticker rolls that were apparently kicking around Warhol’s Factory. The kids that worked for him, or just hung out there, took it upon themselves to use the stickers as a sort of critical marker. They would run around to art openings in SoHo and slap the stickers on the windows, walls, and doors of the galleries where they thought the show sucked. Having now heard this story from a couple of different people, it leads me to believe it could be true. 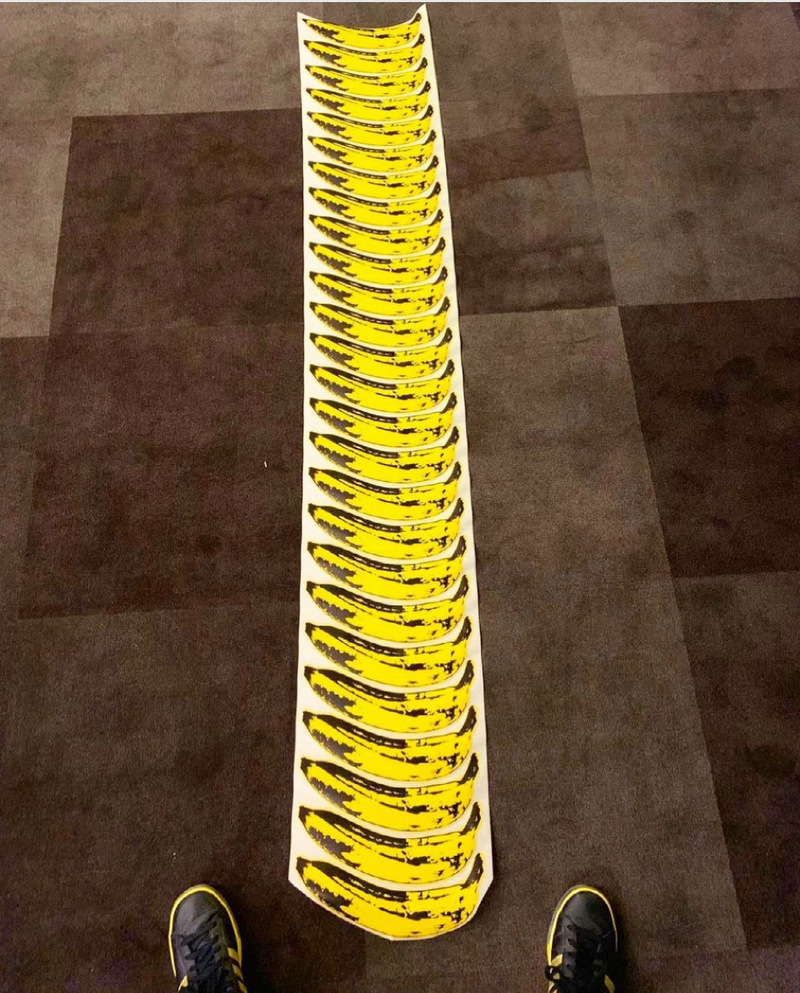 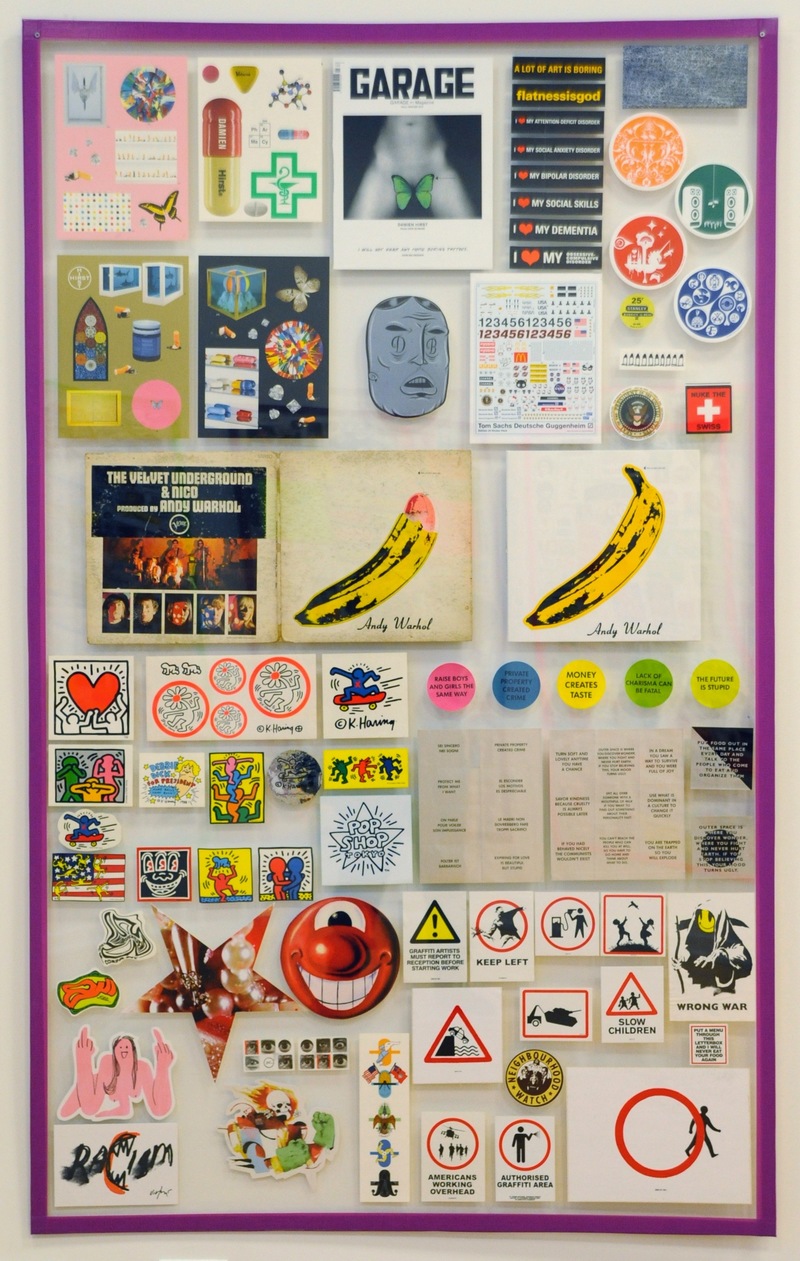