It's always fun to be the first amongst friends to discover a band & watch them gain devoted fans. Joe Bisirri (bass), Dylan Sevey (drums) & Ron Gallo (vicious guitar) returned to NYC, and went from playing a half empty Mercury Lounge last July to selling out Baby's All Right last night.
Ron’s confidence & stage presence has also notably developed. He’s a pretty imposing figure, & when singing songs penned from an angry or sad point of view such as “All the Punks are Domesticated” he can bring the full house of chatter to total silence with his intensity.
I’ve never really been drawn to Rock N’ Roll that has a “message”. Music in general has always simply been a way to escape the harsh realties of life. However Ron’s music is not only danceable and exciting due to the bands primal energy, he’s able to be both, a thought provoking wordsmith/missionary & bad ass rocker.
Ron’s album just dropped, so catch him on tour to buy the vinyl or cassette or simply download it HERE
iPhone clip of "Young Lady You're Scaring Me" 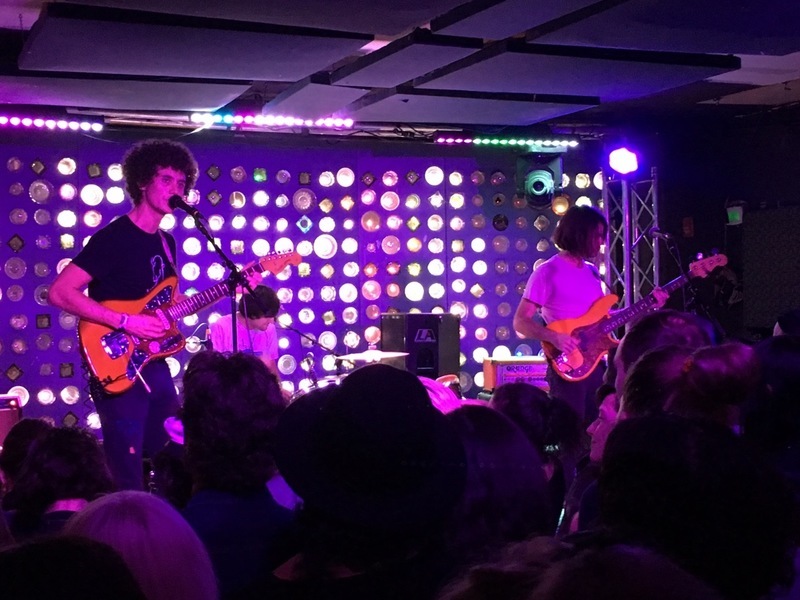