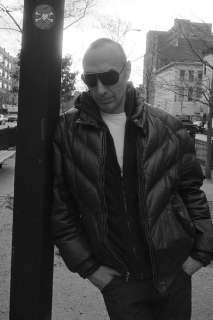 Interview by Steve Lewis.
For me, DB Burkeman—DJ DB—has been around since Redzone, my almost-great joint up on west 54th street. Redzone was one of those mega-clubs back in the day, where a club social scene was balanced with great music from big DJs. Now it’s usually one or the other, as crowds are trained, and accept the same ol’ same ol’ track, spewed out by computers garnished from the internet. Music and clubs have become a means to escape from the troubles of the world, and rarely are culturally forward—at least, musically. The sounds of the future are only found in smaller venues. Even the mega-club Pacha offers only one superstar DJ per night, with the smaller Pachita room not getting famous for breaking any ground. It was important at one point to break ground musically. Now you can walk into a joint and hear good music which was ground breaking 20 years ago. Each DJ will put his own little twist to the track but rarely is there anything to shout about. DB is a DJ’s DJ. His well-earned musical chops have been breaking new sounds since vinyl was king.