Erik Foss’s friend Cecelia invited us to her very small birthday party at her friends house high up in the LA hills of Los Feliz.
The whole bonkers scenario was like something out of a movie, where kookie & different types of people are brought together on a stormy night, in a 1920’s Hollywood house that could easily be a museum of antique religious artifacts & oddities.
What an incredible experience meeting Cynthia Bach & Jim Matthews was. They are true artisans. When she greeted us at the door, Cynthia immediately reminded me of my mother with her charisma & style. When I'm old (sorry, older) I want to be like Jim, to be able to indulge every impulse to collect & curate all sorts of mad things. When we were showed “his area” I was openly jealous.
Instagram has really killed my blogging but there was absolutely no way to even attempt to capture this experience on that platform, and even here, I’m not able to really describe the remarkable conversions that took place, or the strange interactions but I will try my best.
One conversation in the beautiful living room, only lit by candle light & a fire, started with a very touching sensitive description from Cynthia about how she raised holy hell in a hospital ER where Jim was not getting the care he desperately needed. I asked some very personal questions & both were so open with their answers, it made me feel truly let in to such a intimate relationship. Then some others wandered into the room and were loudly arguing about what to my ears sounded like they were both saying exactly the same thing, but neither one was able to hear that because of their volume. Being someone who's uncomfortable with conflict, & coming out of such a sensitive moment, this was jarring & uncomfortable. I just hoped that no one else was as freaked out by the sudden change of atmosphere as I was. I actually don't think anyone even noticed, as the room quickly reverted to questions to our hosts & more story telling. Then most of the group went back into the kitchen & left just Jim, Erik myself & another guest whom we’d not met before the night. Somehow over the next thirty minutes the conversation went from from how we’re all doomed because of capitalism, to future technologies & how they hopefully will, or could save us, to obsession & then to drug addition, with me telling them how I’d attempted suicide 3 times when fighting it.
I actually don't think anyone at the party was even high or drunk.
I captured the video below before these conversations took place & we did not know who was who yet. Erik & I were eating Lucifers Damned Good Pizza in the kitchen & Cynthia instructed “Everyone go down to the alter” Huh?
The house was generally too dark at night to photograph, but I tried to capture some of the details I found so wonderful. 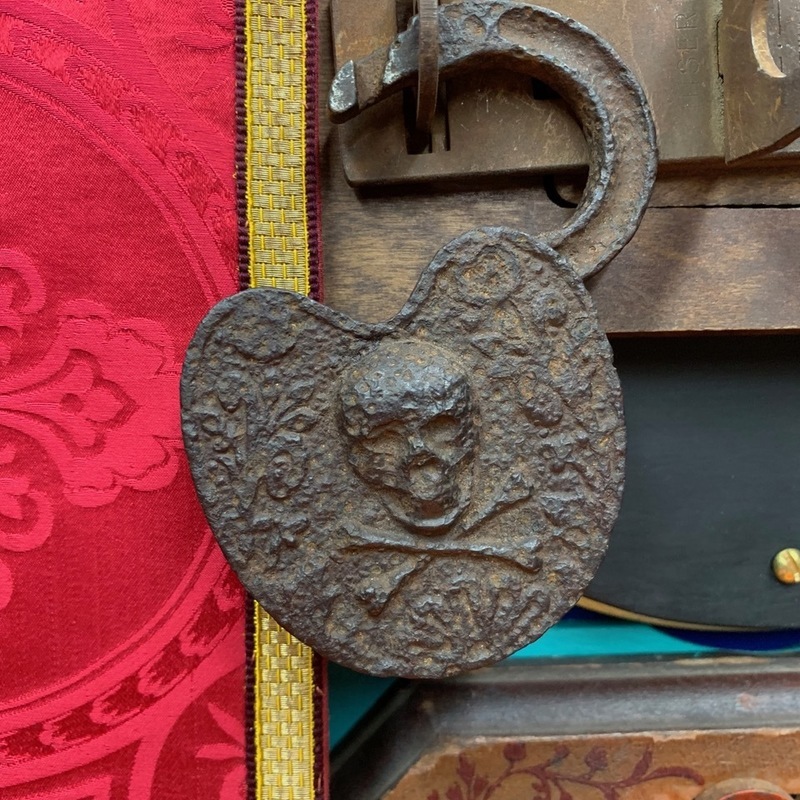 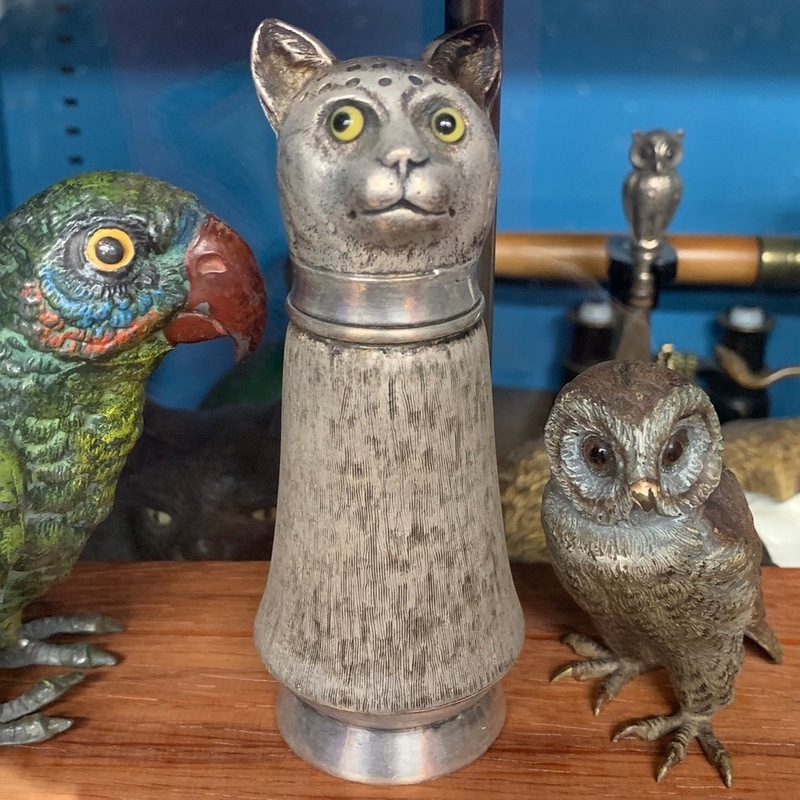 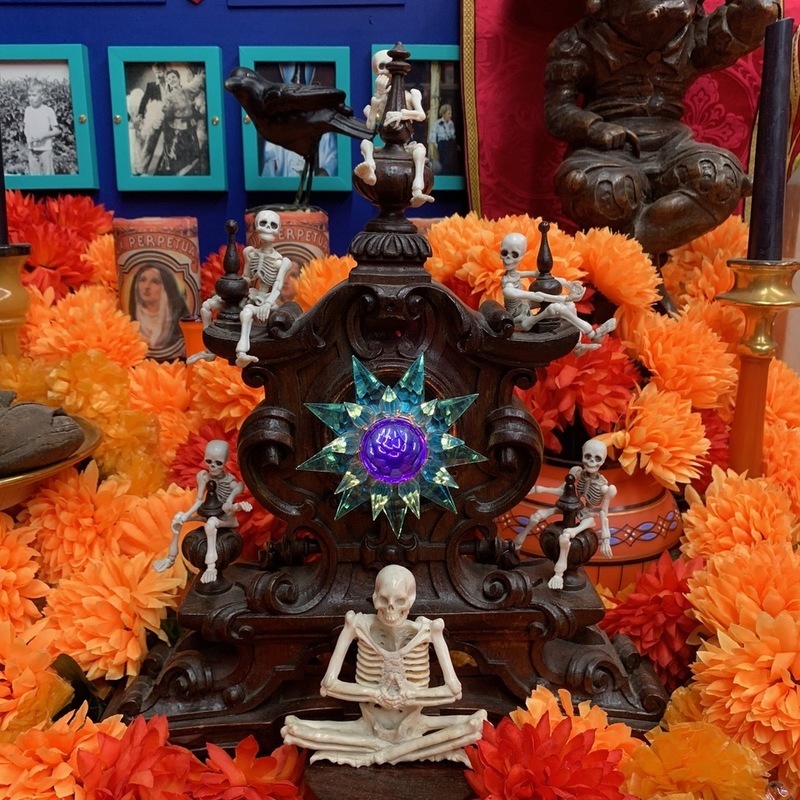 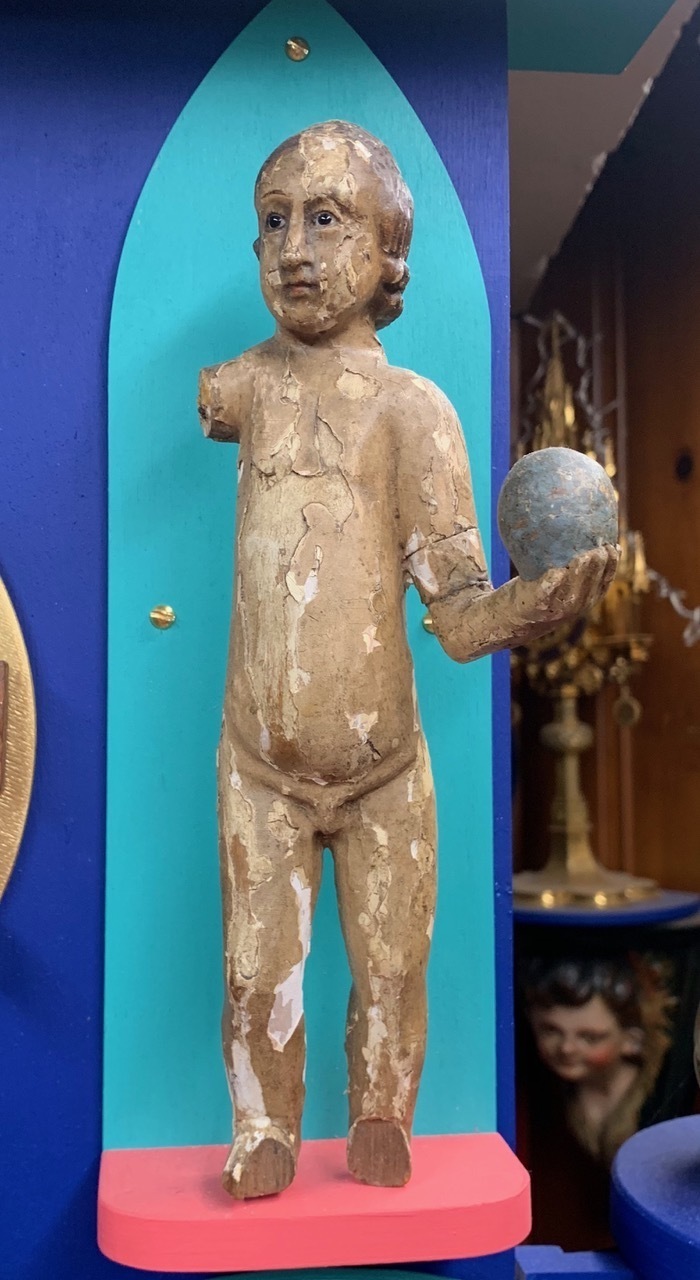 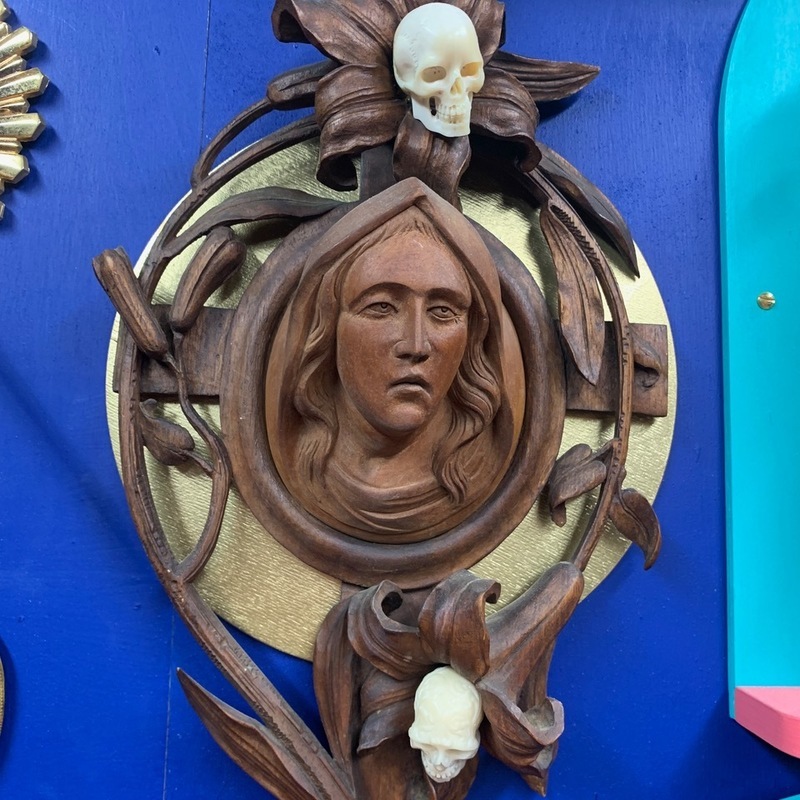 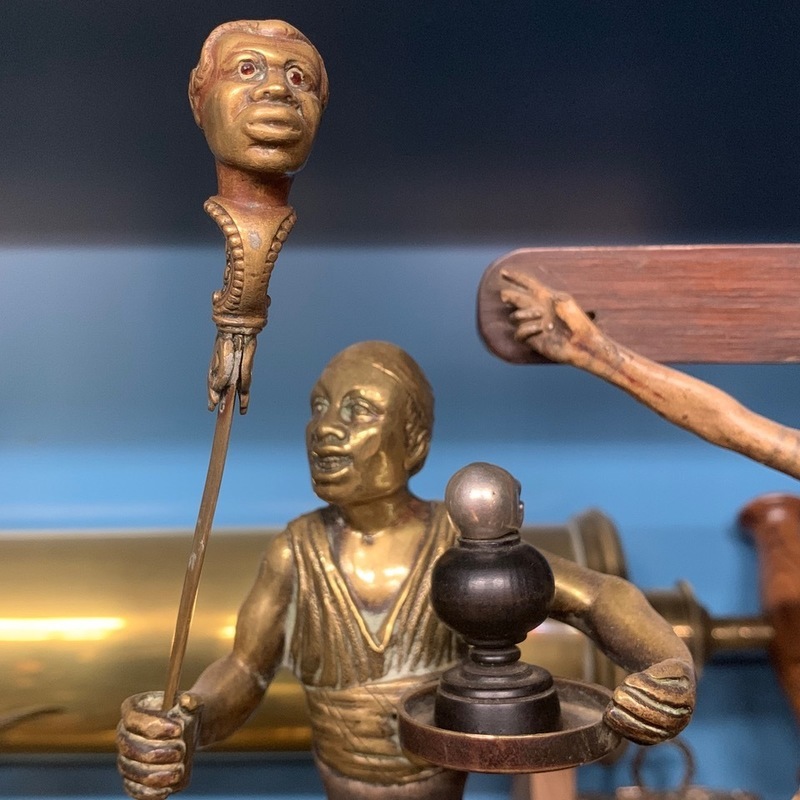 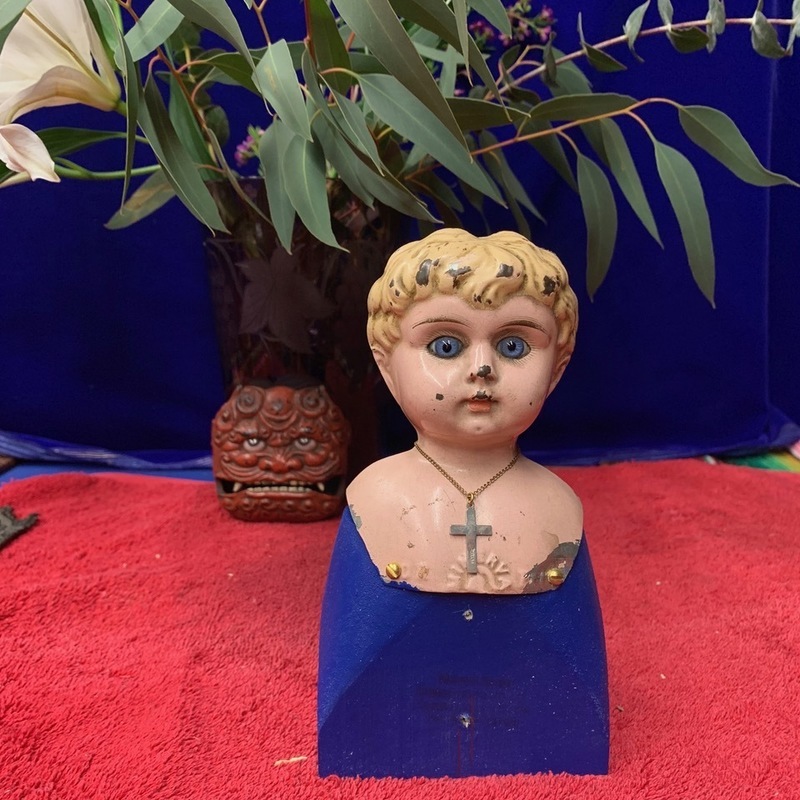 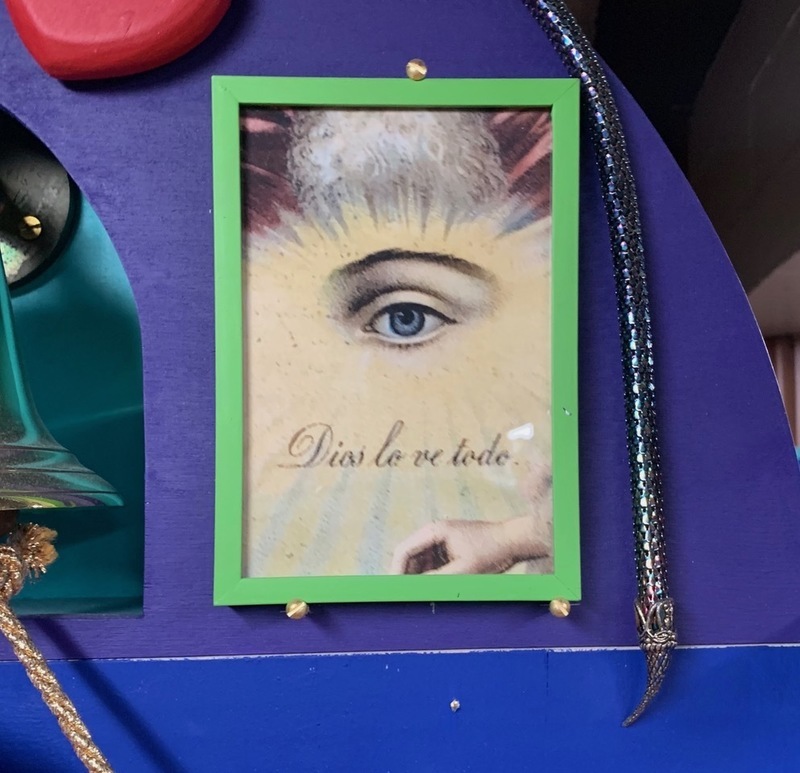 Wanted to show some of Jim's drill bits & the gold filigree work. The ring is there to give an idea of scale. 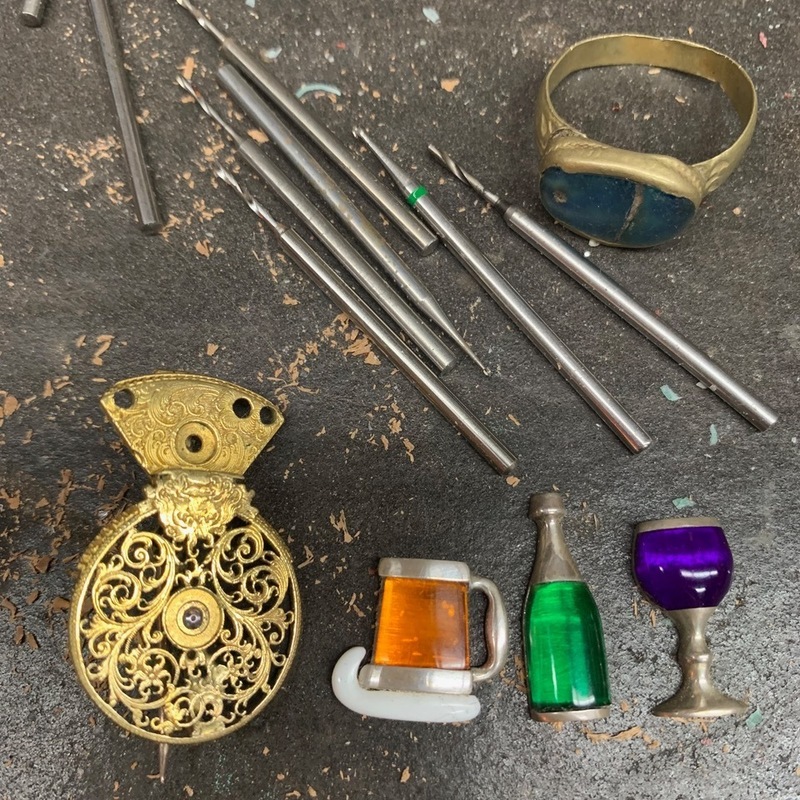 Thats a dime I put next to this. 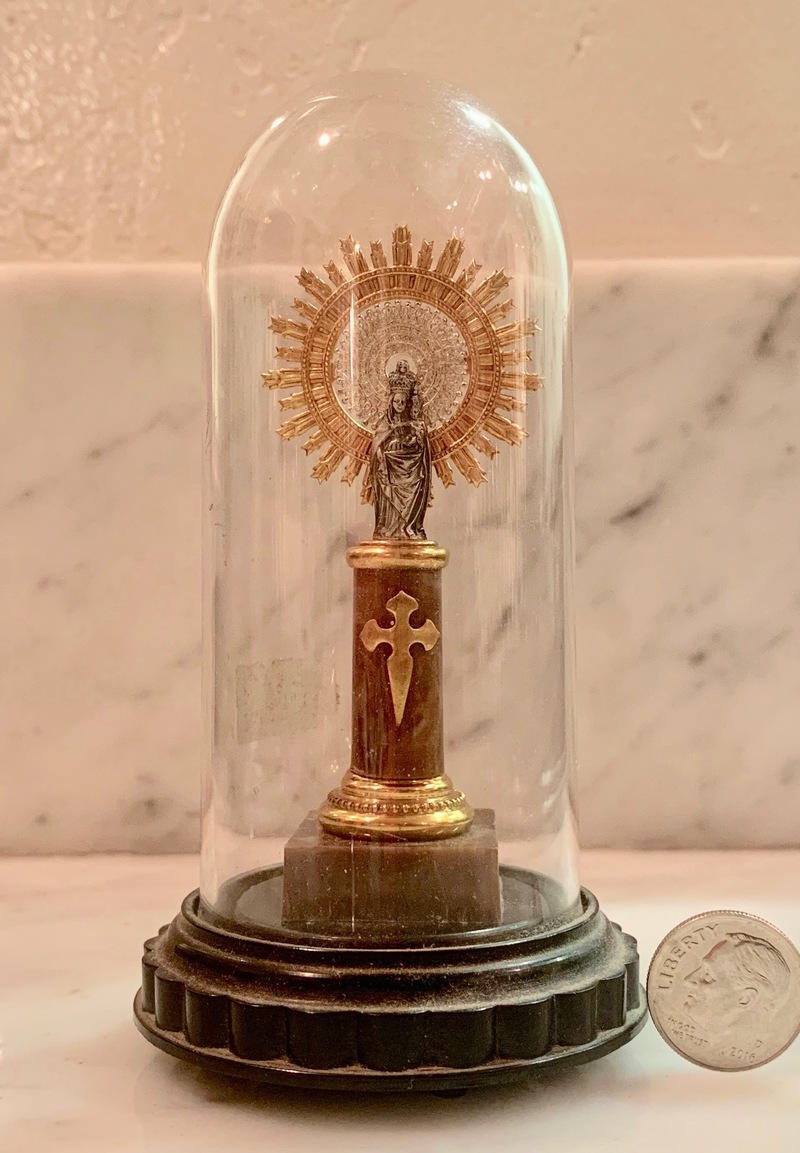 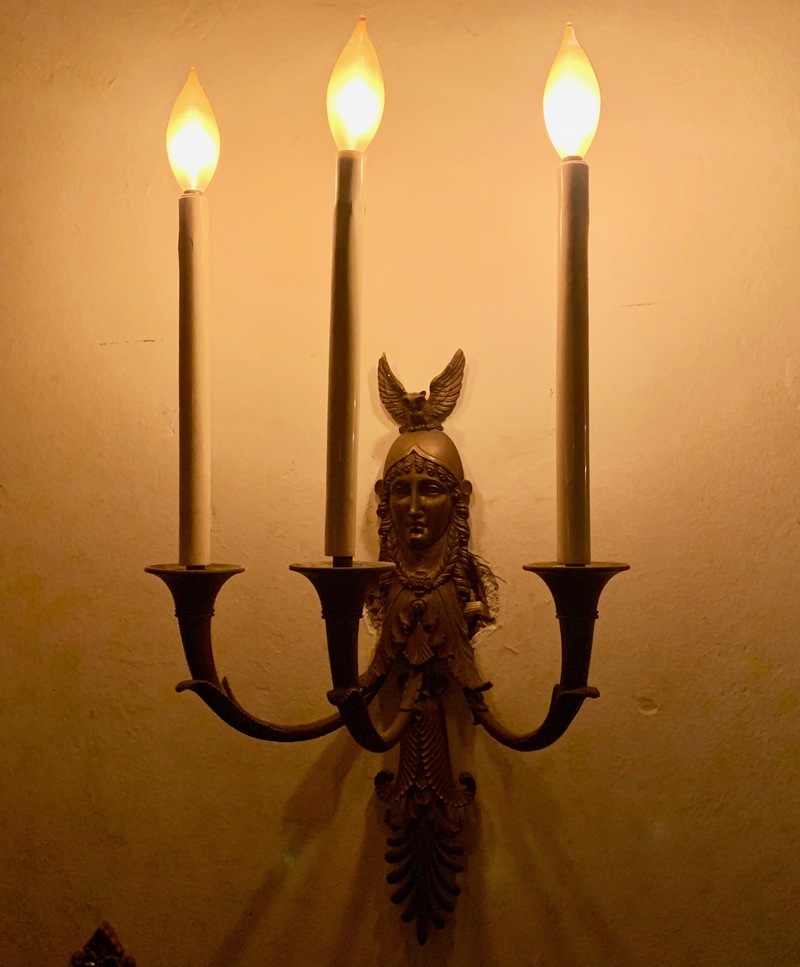 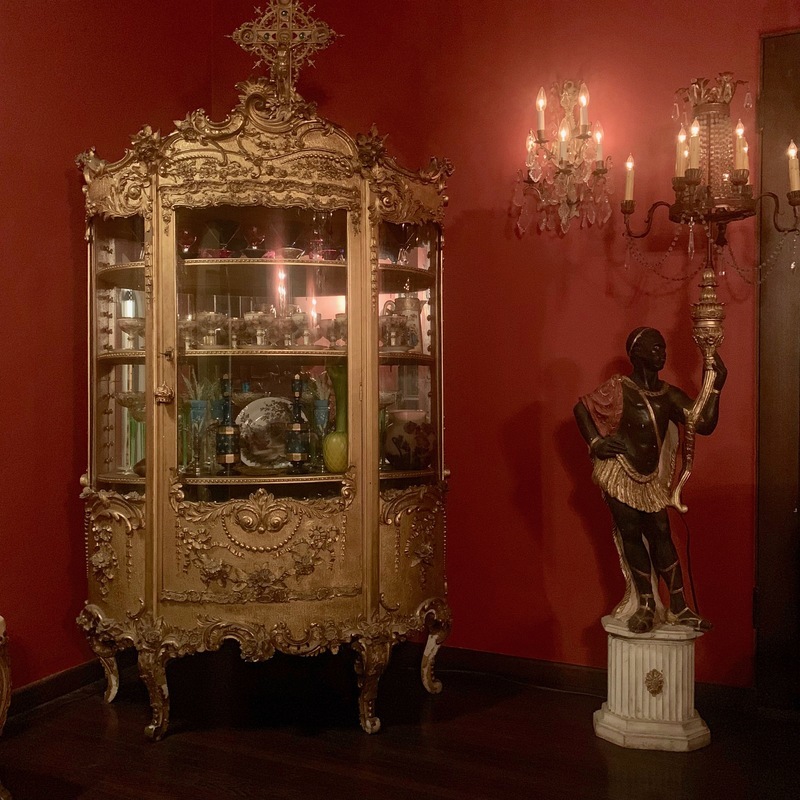 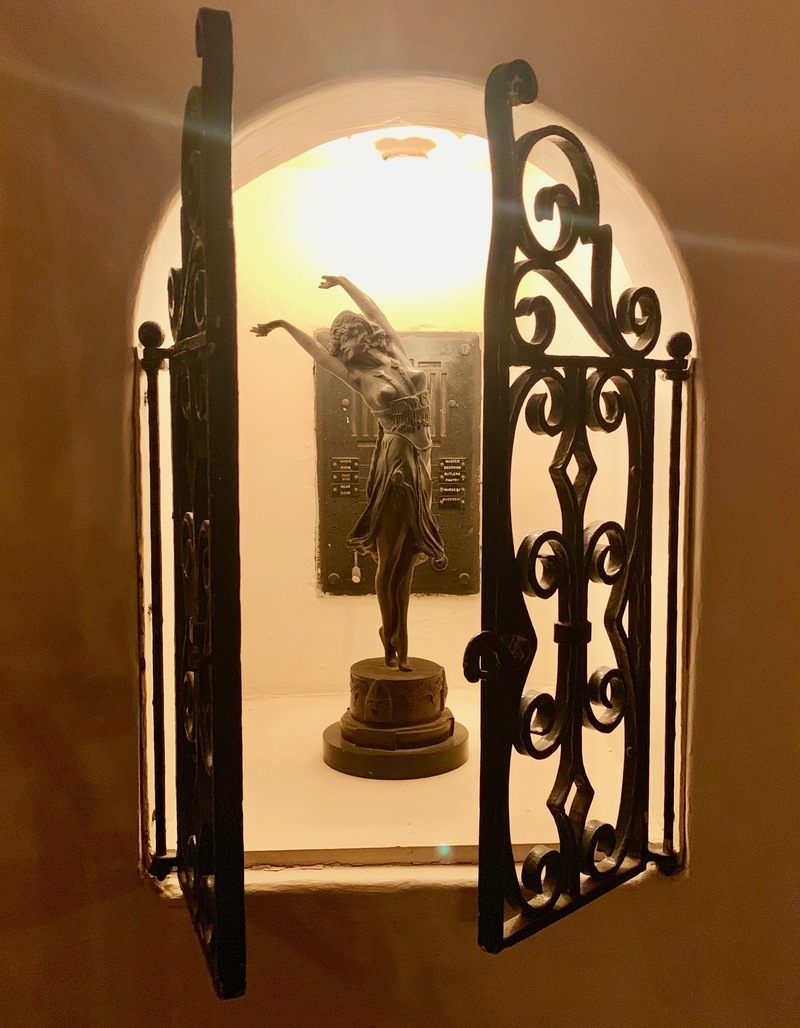